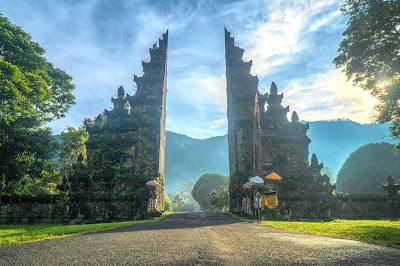 Indonesia Bali Do you want to go outside India with your partner and you have passport and no visa, then go to Indonesia Bali If you have got a lot of time that you do not go out, then you go to Indonesia, here you will get the people of India and you will also get the best beaches. Bali islands are situated in the Indian Ocean belonging to Indonesia with a tropical warm average climate the islands capital is Denpasar with an area of 5780 Quadrakill metres .Bali is by far the largest island in the province of the same name Bali has approximately 4.5 million residents Bali is located in the Indian Ocean between Java and Lambok the north south extension is 95 kilometers from its western tip to the eastern tip its 145 kilometres most of Bali’s mountains are of volcanic origin and cover about three quarters of the entire islands area boun are Gunug Agung volcano on the big mountain is the highest mountain on the island at 3142 metres for the Balinese it is the seat of the gods .It is also the pole of the Balinese coordinate system 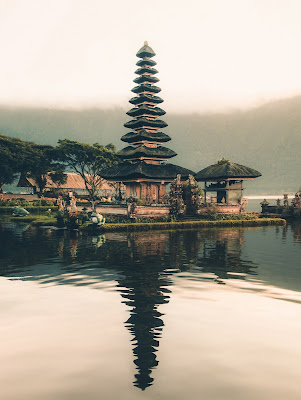 mainland Asia to the central  archipelago of Indonesia probably established around 2500 BC the end of the prehistoric era Indonesia was marked by the arrival of the Hindu people around 100 BC but now to the majapahit and their descendants the Hindu Marg app a heat in pyal 1293 until 1520 of East Java founded a Balinese colony in 1343 their magic a heat empire collapsed at the end of the fifteenth century due to succession quarrels and it’s turtley was then passed under the control of one of these vessels the prince of kediri of Central Java in  1527 troops from the Muslim kingdom of GAMA conquered the ked dominated territories for the rise of Islam in Indonesian archipelago a good part of the OSTRAKA sea and the intellectuals and artistic elites of Java took refuge in Bali which meant an even greater contribution of the arts literature and Hindu religion on the island bali became  an independent kingdom  in the late 15th century and the density of majapahit origin continued to rule bali until nineteen eight when it was eliminated by Dutch intervention that imposed the rule of the Netherlands on the island the first Europeans to arrived on the island when a Pataki’s ship was act of the book it cost around 1585 in 1597 the Dutch explorer Cornelius Hood man arrived who claimed Bali for the Dutch crown shortly thereafter the Dutch established a training company and the trading colony and starting in the 17th century .Dutch East India Company began trading in rivalry with British merchants