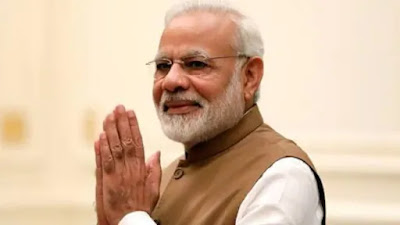 After reaching Kolkata, PM Modi was seen in white kurta churidar pajama and cream color shawl, the world’s most famous PM Modi and Modi also had a mask in his hand. Were thinking of

In 2021, PM Modi visited Kolkata on Saturday to attend the birth anniversary of Netaji Subhash Chandra Boss during his visit to Bengal, during this time, PM Modi was seen in a completely white dress and his look resembled that of the getup Rabindranath Tagore.

On reaching Kolkata, PM Modi had white white kurta churidar pajama and cream colored shawl and then Modi also had a mask in his hand. 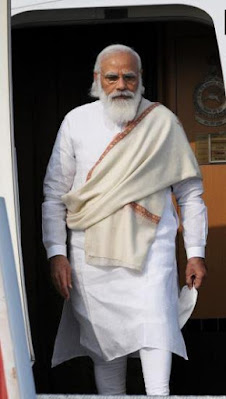 And tell us that PM Modi had arrived at a function in Sivasagar, Assam before coming to Kolkata. This PM Modi was in a different dress, but in Kolkata, PM Modi appeared in another dress.

PM Modi reached the National Library from the house of Netaji Bhavan and PM Modi visited the photo here and tell you that the Central Government is celebrating the 125th birth anniversary of Subhash Chandra Boss as Parakram Divas and this country hero in Bengal Is considered as.