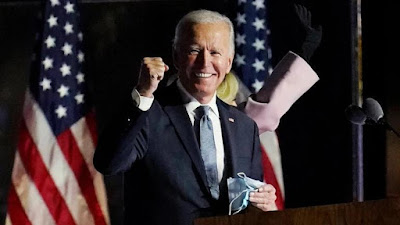 The biggest reason for the US President’s involvement in the number of presidents in the history is the Corona virus, more than 2000 people were invited every year to tell you that Joe Biden’s event has about 25,000 soldiers deployed in the USA. America’s Vice President is President Joe Biden and let you know that more than 2 million flags are in the hands of Joe Biden’s event so that Joe Biden’s ceremony does not fall short. All the process is being done here in Washington DC, USA is. The event will start at 10 am local time. The inauguration address of the newly elected president will take place after Biden and Harris are sworn in. In his address, Biden will tell the vision of the next 4 years of presidential term. He will also throw light on his plans to fight the covid 19, strengthen the American economy and maintain the unity of the nation.

After the swearing-in, America’s long-standing tradition ‘Pass in reviews’ will be played. In this, the American military tree will peacefully transfer powers to its new Commander in Chief. The event will also include the new US President and his wife, the new Vice President and her husband. Joe Biden will be given the Presidential Escort for the White House, representing all branches of the US Army.

Taking oath will be administered by Supreme Court Judge Robert

The day of 20 January will end with the 90-minute bonus prime time program ‘Celebrating America’. It will be hosted by Tom Hanks and the program will include a conversation with Biden and Harris. The program will also feature John Legend, Aunt Clemons, Joan Bone Jovi, EVE Longoria, Demi Lovato, Bruce Springsteen, Justin Timberlake and Carey Washington. D.C.