Even though Stephen Hawking was a paralyzed person, he explained many mysteries of the universe very well. Hawking was born on 8 January 1942 in Oxford to Frank and Isobel Eileen Hawking. Isobel worked as a secretary for a medical research institute, and Frank was a medical researcher. World War 2 was going on when he was born and Germany was about to attack Britain. His family always reads books , Stephen also used to read books while eating , everyone in his family loved to study. In 1950, when Hawking’s father became head of the division of Parasitology at the National Institute for Medical Research, the family moved to St Albans, Hertfordshire. In St Albans, the family was considered highly intelligent and somewhat freak, meals were often spent with each person silently reading a book. 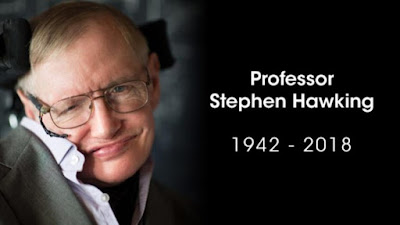 In St Albans, the eight-year old Hawking attended St Albans High School for Girls for a few months. He was not good in his studies in the beginning as he finds more interesting things around him and gets involved into it. Although , after that he worked hard in his studies and was known as “Einstein” in the school.  He also created a computer program for himself. As it was not possible to read mathematics there at the time, Hawking decided to study physics and chemistry. Despite his headmaster’s advice to wait until the next year, Hawking was awarded a scholarship after taking the examinations in March 1959. His father wanted him to study medicine but he wanted to go into science and space as he was very much interested in maths which his mother had come to know. Hawking began his university education at University College, Oxford in 1959 at the age of 17. Hawking estimated that he studied about 1000 hours during his three years at Oxford. These unimpressive study habits made sitting his finals a challenge , and he decided to answer only theoretical.

After receiving a first-class BA(Hons.) degree in physics and completing a trip to Iran with a friend, he began his graduate work at Trinity Hall, Cambridge in October 1962. After being diagnosed with motor neurone disease that was improper working of his brain due to which he had difficulty in walking without support and his speech was almost unintelligible, an initial diagnosis that he had only two years to live. Hawking fell into an depression though his doctors advised that he can continue with his studies, he felt there was little point. His disease progressed more slowly than doctors had predicted. He had given up his desire to live, but his family persuaded him do something instead of giving up and he decided to invest all his time left into his studies, as a result his disease led to his greatness.

When Hawking began his graduate studies, their was much debate in the physics community about the prevailing theories of the creation of the universe- the Big Bang and Steady State theories. During 1965, he wrote his thesis on this topics. Hawking’s thesis was approved in 1966. There were other positive developments-

In 1970, Hawking postulated what became known as the second law of black hole dynamics. His essay titled “Black Holes” won the Gravity Research Foundation Award in January 1971. Hawking’s first book , The Large Scale Structure of Space-Time, written with George Ellis, was published in 1973. His results , which Hawking presented from 1974, showed that black holes emit radiation, known today as Hawking radiation, which may continue until they exhaust their energy and evaporate. Hawking was elected as an Fellow of the Royal Society(FRS) in 1974, a few weeks after the proclamation of Hawking radiation. At the time, he was one of the youngest scientists to become a Fellow.

Hawking received a research fellowship at Gonville and Caius College at Cambridge.He obtained his PHD degree in applied mathematics and theoretical physics, specializing in general relativity and cosmology in 1966.His essay “Singularities and the Geometry of Space-Time” shared top honours with one by Penrose to win that year’s prestigious Adams Prize. According to Hawking when a star dies, all of its mass collapses into a single point of infinite density (singularity) which leads to the formation of a black hole. A star contains information in itself , such as the speed at which it spins, its density and size. However , when a black hole collapses all that information is apparently lost. This violates the basic principle of quantum physics that information cannot be destroyed, it stays constant.