YouTube is the world’s largest video sharing side, as well as the largest search engine after Google, which ranks second in the global ranking of Alexa. This platform gives all of us a chance to make our telent people Could reach In today’s time, you will get solutaion of your every problem on youtube Whatever you want to know, just search  thousands of videos will be in front of you, so let’s start friends, when was YouTube started YouTube was started by three employees of the PayPal company named Chad Harley Chad Hurley, Steve Chen (Steve Chen) and Javed Kareem (Javed Kareem). Two types of things are done here too. how to get traffic on your youtube channel 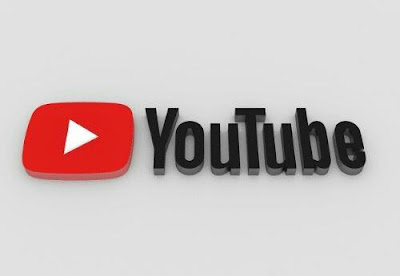 According to the media, he says that the concept on YouTube came early in the day 2005 when a dinner party was held in Steve Chen’s apartment where he was having a problem sharing the video shot, in fact Karim was not in that party. And they wanted to enjoy the party by watching the video but by the end That long video Steve Chan could not send them and for the solution of this problem, he decided to create a video sharing website (video sharing website) where a large file can be easily sent.

Javed Kareem says that this concept came in 2004 when Janet jackson’s cloth was slipped from his body in a consult and Kareem wanted to see that video but she could not reach him. Then all three considered each other about YouTube, then they started making a website inspired by a website called hot-or-not, which is deting website.

youtube 14 February 2005 Registered on this website The first video was put on 23 April 2005 Its title was me at the zoo Javed Karim shot it at the zoo, this video will still be seen on YouTube.Between November 2005 and April 2006 YouTube received investors who invested $ 11.5 million and tell friends that initially the head office of YouTube was over the restaurant (resturant) of Saint Martio, later in November 2005 a company called Ducia Cpmtal YouTube Invested for $ 3.5 Million After this YouTube was officially launched in December 2005 and at that time 8 million views were coming on this site days later, in October 2006 after a few months, Google announced the acquisition of YouTube do.

Finally, on 13 November 2006, Google acquired YouTube, in May 2007, the launch of YouTube’s partner parogram, which is based on google adsense, under this program, creators were paid for the advertisements on their videos and its resume was 45 /. YouTube takes and 55 /. Creators get it.

In 2010 YouTube also started online live streaming where for the first time they aired a total of 60 IPL matches. On 31 March 2010, the interface was also changed to make the website user friendly. By that time, around 2 billion people started watching daily videos on the website, then friends, 48 ​​hours of video every minute in 2011 till January 2012 every 60 hours. By 2017, all minute 400 hours of video started uploading on YouTube and today millions of videos are uploaded on YouTube.

Everyday YouTube is touching new heights and for the friends who are struggling on YouTube, I just want to say focus on your content Quality content If you provide everyone, then you will definitely succeed and friends someone really Where are you.

If you get success later than others, don’t be disappointed because it takes more time to build a palace than to build a house.