Important Information for all students

All the colleges in the city are now going to open from 10 February. The Chandigarh Administration has issued an order for this. At this time, opening of college seems to be nothing but Khanapurti, because colleges are being opened 5 days before the exam. In such a situation it will be a challenge to complete the course of Post Graduate Level classes. The undergraduate’s syllabus has been completed a long time ago. MYTHS Will colleges open in 2021.YES EVERY COLLAGE OPEN 10 FEBRUARY. 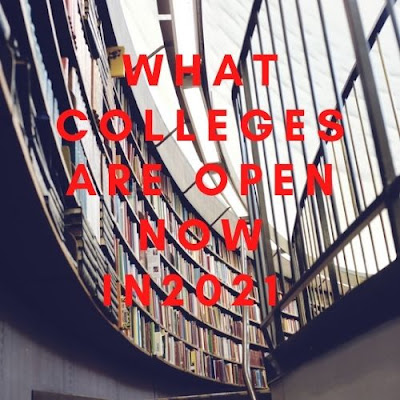 Chandigarh: All the colleges in the city are now going to open from 10 February. The Chandigarh administration has issued an order for this. At this time, opening of colleges seems to be nothing but Khanapurti, as colleges are being opened 5 days before the exam. In such a situation it would be a challenge to complete the syllabus of postgraduate level classes. The undergraduate syllabus has been completed much earlier. College inauguration.

when do college applications open

The University Grant Commission had given instructions to open the college from 1 February but the administration has decided on 10 February. Practical students in college have not been done this time. Online videos were shared in the name of practicals and so far examinations are not being taken online. In such a situation, there will be less possibility of students coming even if there is an order to open the college. Nearly 60 thousand are studying in institutes of higher education institutions.

15 per cent of them are from all the nearby states including Punjab, Haryana, Jammu and Kashmir and Himachal Pradesh. Earlier also the administration had given instructions to open the college and hostels were also opened but the students did not return. Post-graduate classes are taking place in government colleges, but neither post-graduate nor under-graduate students are coming in private colleges. After the order to open the college, only 10 to 15 students came to the college for a few days but later they also stopped coming. An official of Chandigarh administration says that this order will help the students who have to give paper online.